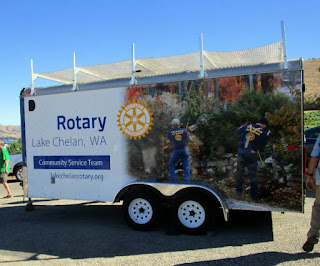 In the last year, the Chelan Rotary club participated in more than 20 projects and donated 650 volunteer hours. This increased community awareness, engaged their members, and attracted new members.  For many of these new members it was an opportunity to hear about the types of projects the club was able to accomplish, develop friendships, and find out what Rotary is all about.

They have more projects scheduled out for the next 26 Saturdays, taking the club into November.  The club is divided into teams, with team captains. The club has a schedule that has Service Team 1 on the first Saturday of each month, Team 2 on the second Saturday, Team 3 on the third Saturday, and Team 4 on the fourth Saturday.

The Chelan club is one of the leading clubs in membership in our district, with a net gain of 9 members to date this year.  Maybe their projects have something to do with this??
By Wenatchee Sunrise Rotary - March 26, 2018 1 comment:

Our current and future Board will be having a planning meeting on March 31 from 9-12 at the Port of Douglas office (near the airport).  Anyone is welcome to attend.

Contact Jim Adamson or Wayne Massing if you can host a couple Canadian Rotarians who will be passing through Wenatchee on the way to or from the District Conference in Prosser.  We will need up to 8 host families.  Either May 16, 17, or 20.

The Highway clean-up will be Sunday, April 22, time to be determined.

The All Service Club Luncheon is May 2 from 11:30-1:30 at the Convention Center.  Speaker is Dan Lewis (retired KOMO news anchor).  We have a table and a half so far.  Call or talk to Carol Adamson or Alan Walker if you would can attend so you can sit with our club members.  Cost is $25 per person.

Next Bike Ride meeting is April 17 at 6:00 at Bob's Burgers & Brew.  Free drink for first time attenders.  Congrats to Kathleen McNalty, John McDarment, Lisa Parks, and Erin McCool for getting new sponsors (all at $500), and earning a Tastebuds gift card.  Still time for you to get in on the action.

We will be participating in a new fundraiser this summer.  We have a chance to work one or more concessions for a concert at the Gorge.  There will be a training later, and dates to be decided.  It would be ideal to get 20 members t the training.  This can raise a lot of money for the club.

Erin McCool confessed her disappointment that Virginia (#1 seed) lost to a #16 seed in the NCAA basketball tourney.
Earl Crowe's daughter, Emma, is now working at Safeway.
Robin DeRock confessed to missing a few meetings, but has been to several district functions with her husband, Richard (future district governor).
Ruth Dagg played in the orchestra for the high school musical, Wedding Singer.
Laura Singletary has been gone for awhile to work on her doctoral program, and a two-week road trip to Mexico (can you have a road trip where there are no roads?)
Taro missed a couple meetings while in Minneapolis, MN.
Jim Huffman was quoted in a political magazine (must have had something in reference to Chuck Norris or lithium) 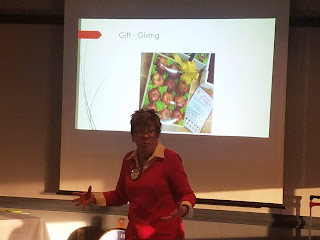 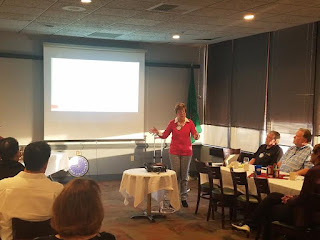 Rebecca Lyons gave her classification talk which dealt with her job as marketing director for the Washington State Apple Commission, and her travels over the last two months.  The Apple Commission represents 1260 growers, and promotes our apples in 25 international markets.  One third of all apples are exported to 60 countries, and 90% of those are from Washington.  Apples are th largest agriculture industry in the state.

Since January, Rebecca has traveled to Vietnam, Thailand, Myanmar, Indonesia and India.  She talked about the countries and their cultures, showing some great pictures of her trips. 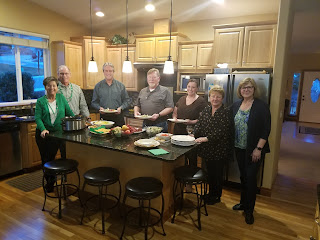 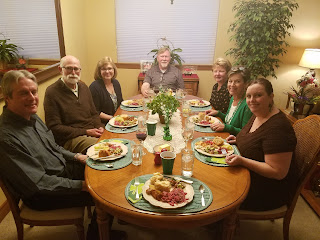 McDarment's & Herman's, and Adamson's & Coleman's hosted a couple of dinners last week.  Some potential members were introduced to our club's fellowship and fun.  You too can participate.  Just get another couple to help host, and invite prospective members or current members you don't know very well.  Spread the joy!  No rules - just have fun. 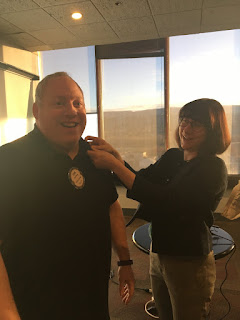 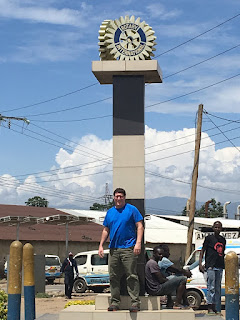 Our program today was about the Community Foundation of North Central Washington's new initiative, "Give 10".  For more information, click here.
By Unknown - March 10, 2018 No comments: