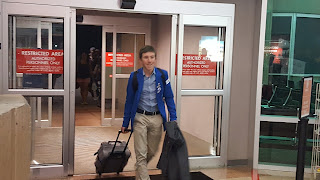 Joseph Bernard, our youth exchange student from France, arrived at midnight on Wednesday, and was met by the Adamsons', and the Bankens' (his first host family).  After a looong day, he got a few hours sleep and headed to the San Juans with the Bankens'.  He'll be meeting with the school counselor on Tuesday to get his schedule and tour the high school. 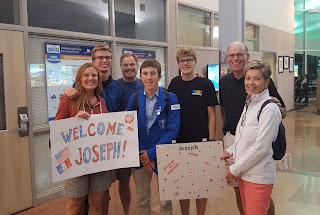 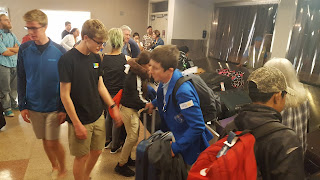 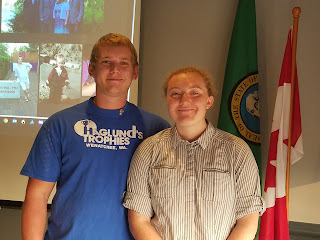 Our newest members, Ethan and Kaitlyn Vanweerhuizen, gave an entertaining classification talk today.  Kaitlyn was born in California, and also lived in OR, OH, and WA.  Her dream was to become a chef for the FBI, until she realized she had to actually know how to
cook.  She enjoys sports, and was a standout athlete in high school, participating in basketball, bowling (team went to State), and track, where she still hold the record for the discus (94 feet).  Kaitlyn graduated from WHS in 2015, and was married to Ethan in June of 2017.  She works at Jones & Jones/Betts Funeral Home as an admin assistant.

Ethan was born in Bellingham, and has lived his whole life (only 21 years) in Washington.  His dream was to be a linguist, until he realized he actually had to speak to people. After that he wanted to be a veterinarian.  He enjoys choir and drama, and participated in several musicals and plays in high school.  Ethan met Katilyn at Craft Warehouse where they both worked.  It didn't take long for the couple to get engaged, and then married.  Ethan is a customer service/sales rep for Haglund's Trophies.

The TGIF at Wayne's has been cancelled due to the smoke.  Hope to reschedule.

August 28 - Our service project to help clean up Westside HS after their back to school bash.  We will start at 7:30.  Bring your family to help.

September 11 - no morning meeting.  Instead we are all invited to attend the all area meeting on Thursday, September 13 at noon at Pybus ($10/person for lunch).  A UW medical school doctor will speak on rural health and the shortage of doctors we are facing.

October 26-27 - District Fall Assembly at Campbell's in Lake Chelan.  This is a training for all club officers, committee chairs, and all members who want to have fun, learn more about Rotary, meet with other Rotarians from our district (including the Canadians), and hear about what other clubs are doing to be vibrant, growing clubs.

May 2-5 - District Conference in Kamloops, BC.  Discount for early registration ends August 31.

Congrats to John Schapman for climbing to the top of Mt. Adams last week.
By Wenatchee Sunrise Rotary - August 21, 2018 No comments:

Erik Skansgaard came to discuss Trueblood Diversion, a program assisting those in the jail system with mental health issues.  Trueblood has a goal to intervene with those who are mentally ill to keep them out of jail or, when they are in jail, to help them get psychiatric treatment in a timely manner.

You can read more about the program in this article.
By Unknown - August 19, 2018 No comments: 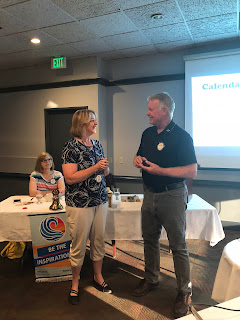 Dave Friemuth was the recipient of a two time Paul Harris award! 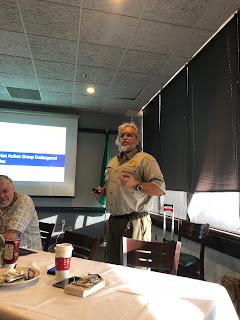 The program today was presented by Tom Tochterman, a Rotarian and the Founder of Rhino Mercy.   This is a Rotary Action Group, specifically focused on Endangered Species.  To donate or find out more, click here.

Here are some pictures from the Gorge Fundraiser.  There is still time to get involved.  Contact Wayne! 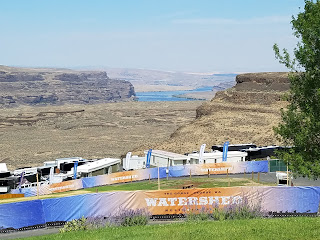 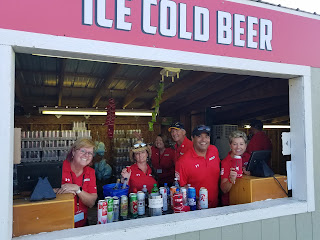 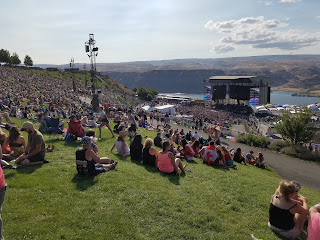 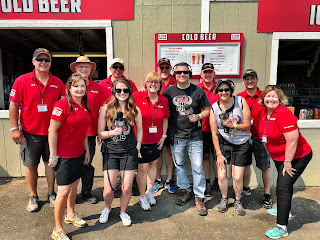 Here are some photos from the backpack give-away!  Nice work everyone. 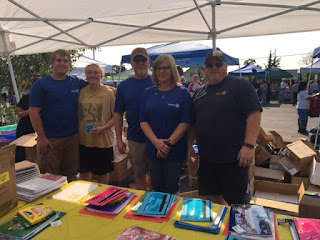 Thanks to Chris McDarment, Earl Crowe, Kathleen McNalty, Mike & Leslie Coleman, and Ethan & Kaitlyn Vanweerhuizen for handing out school supplies to over 1000 kids. 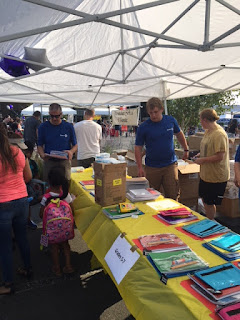 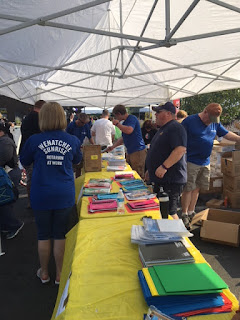