July 4th we will be running the parking at Walla Walla and July 5th is the clean up for the park. Contact Earl to sign up for shifts.

John is celebrating his 54th wedding anniversary.
Carol and Jim leave for Europe on Thursday!
Taro had a great time in Germany, and he even screened calls while there since his name was left on the sag wagon list for the bike ride. What a team player!
Robin also had a great time in Germany and got a new rotary printed fan.
Jim had another terrible Chuck Norris joke.
Kathleen is going to DC to visit family.
Earls daughter Emma graduated high school last week and his youngest daughter Lucy is going into the 6th grade. 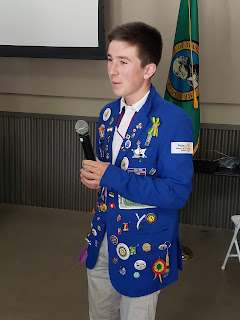 Joseph gave us the run down on how his time here was.
He got to do many things like visit:
The San Juan Islands, The Chelan County Fair, Lake Chelan, Pacific Ocean, and went he also skiing.
He carved his first Pumpkin ever and got his first Christmas Stocking!
All in all he has a great time with all the family's he stayed with, and it seems like everyone did a good job at making him feel at home while he was here. 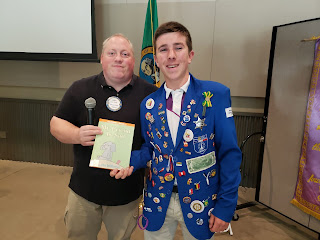 **Long time Wenatchee eye doctor and Wenatchee Rotarian, Terry Sorom, has stage 4 cancer and is on hospice.  Cards and letters would be appreciated.  His address is 2405 #2 Canyon Rd, Wenatchee, WA  98801

Joseph graduated last Friday night at WHS - one of 487.  Now he gets to go home to France and graduate again.

Joel Banken said his youngest son is going to be a youth exchange student in India next year.  His oldest son was a YE student in Thailand last year.

Jim and Carol Adamson celebrated their 47th anniversary in Kent with some of the grandkids. 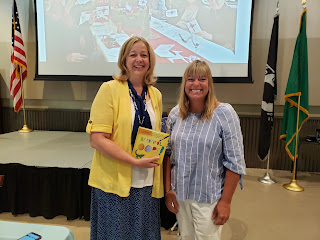 Beth Stipe, Director of the Community Foundation of NCW, summarized the history and current status of the foundation's funds (over $90M), scholarships (over .5M awarded this year), grants (4.3M awarded), and other programs.  Beth also gave information about our club's Salisbury Fund and the Donor Advised Fund, and how we could best leverage them.


June's birthdays and anniversaries are in the right hand column.
By Wenatchee Sunrise Rotary - June 12, 2019 No comments:

We will have three challenge scholars all girls this year: Teresita, Evelyn and Carely.  We still need one person willing to mentor Teresita for the nest two years.  Contact Jim Adamson if interested. 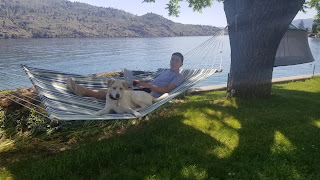 Joseph had a great time with the Holmberg's at Lake Chelan, including water sports, and hanging out with UW football star, Trey Adams.

Guess which one is Joseph.  Can you find him in the group of young men? 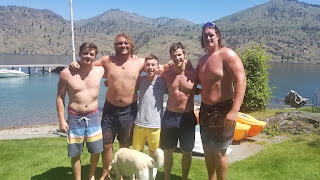 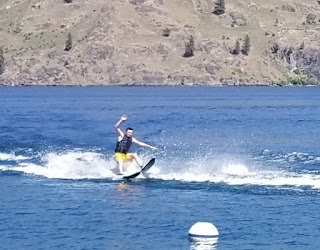 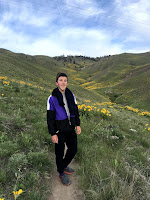 Jim - This was Ryan's first year working the bike ride and he was working the Sag Wagon and he did such a good job that someone donated another $50 toward our challenge scholarships.

Lisa - Sold her gymnastic gym and is now retired.

Leslie's daughter is going to be having her baby soon and asked that they both be kept in your prayers.

Keven - Ran into Lorraine Church, who gave $94 to the Salisbury Fund in honor of her late husband, Bob, who was a member here.

PJ - Said thank you to everyone who helped with making the bike ride signs, and told us about a disgruntled employee from the park.

Jill - Sang Joseph's praise for how well he did working the station he was at for the bike ride.

Kaitlyn and Ethan had a great time at the Rotary Youth Leadership Award weekend in Penticton, BC.  They will be doing a program later. 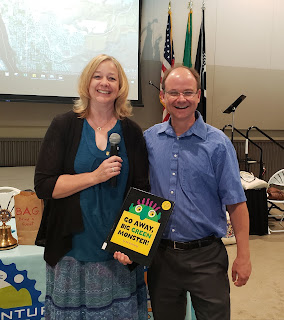 Steve talked about the possible development of Confluence Parkway and the loop trail that is by the train track there. He is part of a team that is thinking about the future transportation of the valley when more and more people start traveling through the area. Also mentioned how they were getting ready to go to D.C. to try and get a 125 Million dollar grant to help with said projects.