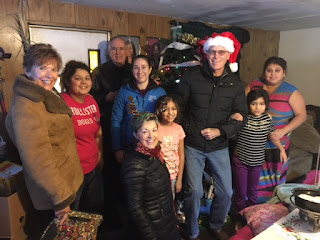 Gifts and clothes were delivered to the Adame family, who we adopted this Christmas.  The refrigerator looked good in the house, and an inflatable mattress was also purchased.  Kathleen, Alice, Wayne, Erin, Carol & Jim delivered the gifts on Saturday morning.  Some of the 10 member family were too shy to get in the photograph.  They were very appreciative.

No meeting Dec. 26
Meeting Jan. 2 at the Rivertop Grill (9th floor of the Coast Hotel)
No meeting Jan. 9
Social meeting Jan. 10 - time and place to be announced
By Wenatchee Sunrise Rotary - December 23, 2017 No comments: 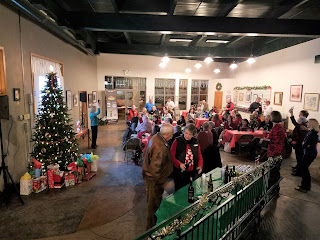 Over 60 people attended the Christmas party at Ridgeline Graphics Building.  Thanks to Alice and Ruth for organizing, and John & Betsy McDarment for the use of the building and setting up.  Also thanks to Betsy for providing the delicious dessert for everyone.  We had dinner catered by Olive Garden, with the leftovers donated to the Lighthouse Ministry.  For fun we did some Christmas songs (led by Lynn Love with Ruth Dagg on the piano), a raffle ($260 split between the 5 winners), a game, and a white elephant gift exchange. 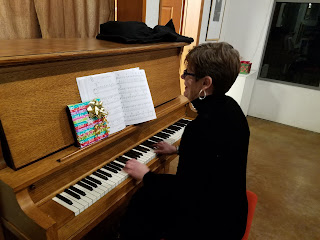 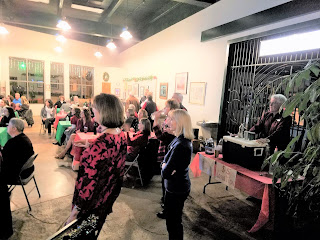 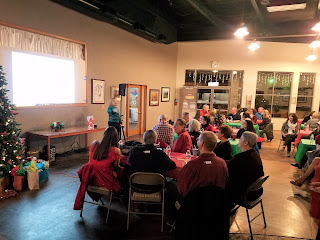 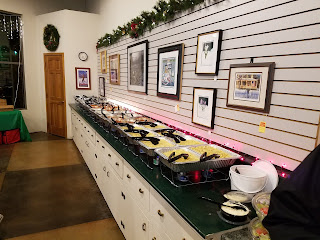 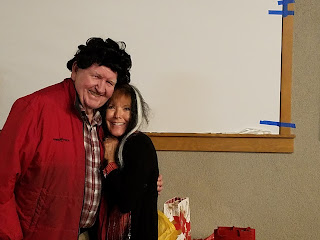 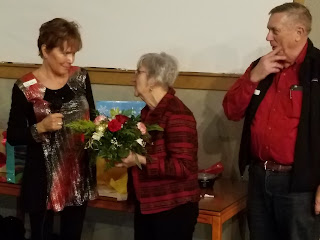 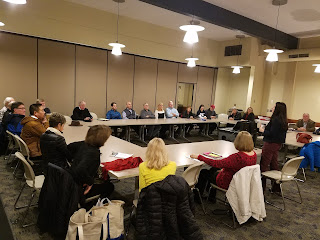 Today we met at Wenatchee Valley College and, after a quick meeting, toured the new student recreation center.  Thanks to Laura Singletary for setting up the tour.  32 members and two guests enjoyed seeing the facility, which was largely student driven, and will be financed by the students.  The equipment in the weights area was all purchased through a private donation. 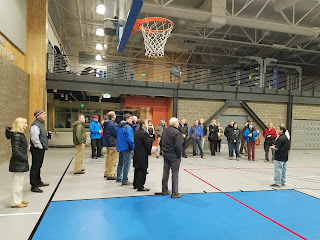 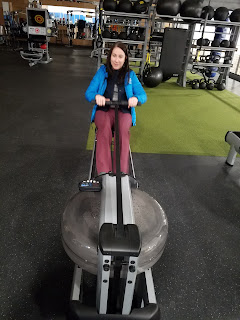 Our president trying out the water driven rowing machine. 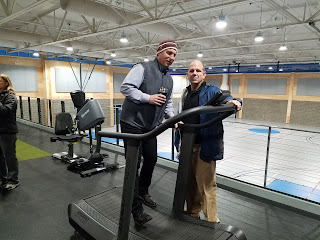 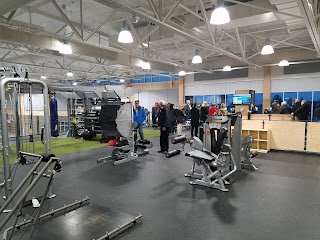 Keep scrolling to see details about the Christmas party, books for Tonga, and presents for our adopted family.  Bring books and clothes/gifts to the party Thursday and there will be a table to wrap things.  A refrigerator was purchased for the family, with money left over to do some projects later (steps, door, etc.).
The family's gifts will be delivered Saturday.  Anyone wishing to help deliver should meet at Erin's home at 10:00.  It is good for the family to see the faces of our Rotary club.  She is at 937 Highland in South Wenatchee.  Coffee will be served.
By Wenatchee Sunrise Rotary - December 19, 2017 No comments:

Literacy Project
Bring children's' books to our next meeting (Dec. 19, or the party on Dec. 21). We will be giving them to the Interact literacy project with Tonga. Call Carol (630-2120) if you need her to pick them up from you.

Small Project
Family in need - $800 was contribute by members last week, and we'll be shopping for a refrigerator this Saturday. Call Kathleen if you'd like to see the families residence and go shopping with her (503-866-5599). Everyone should have gotten the email from John with the Adame family clothing sizes. Bring gifts to the party next Thursday and we'll wrap them. 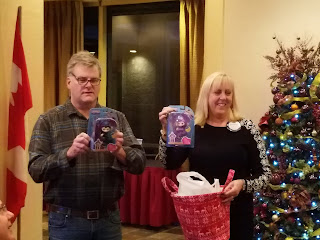 Thanks to Kathy Hamilton, who donated this year's hottest toys that were auctioned off to members.  The 3 LOL glitter dolls and 5 Fingerlings brought in $155. 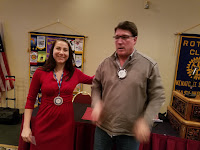 We recognized new members who have completed their tasks to get their "new member" stickers off their badges.  Congratulations to Joel Banken, Rebecca Lyons, John Schapman, Ruth Dagg, Danae Fowler, Chris McDarment, and Laura Singletary.  Craig Reese (left) was presented his new member badge (it just looks like he's scared).

Brags & Confessions
Earl Crowe  - Elza moved in with their family, and Lucy's recital was watched by Elza's mom in Brasil.
Bill McDowell - Army won the Army-Navy game.
Lisa Parks - will take youngest daughter to Universal Studios Orlando as a graduation gift.
Taro Masuda - took youth exchange students to Silver Star in Vernon, BC last weekend.
Rebecca Lyons - back from 2-week trip to China.
PJ Jones - headed to Jackson Hole and other ski areas for  a couple months. He also announced a ski trip to France is being planned.  Talk to him for details.

Bring a wrapped Christmas gift for Elza next week.  Earl will put them under his tree for her to open at Christmas.