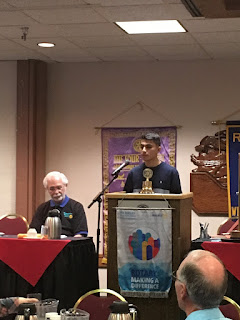 Elza dances at the Panther game

As part of the football halftime show, the Applettes drill team performed a dance routine.  Our Elza is part of the team, and did a great job.  Check our the short clip (Elza is 2nd from the left). 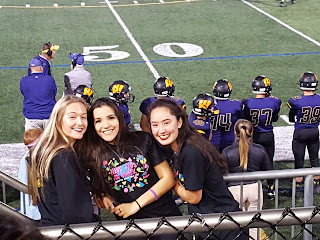 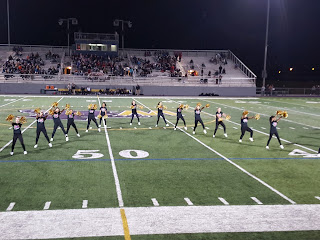 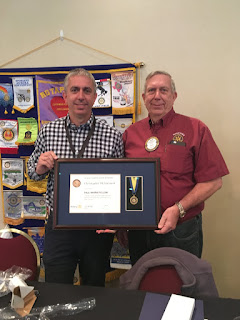 Today we had a special treat today with a Father/Son Classification talk.  Chris and John McDarment.  They had several family members there and it is was a treat to have Chris and John go back and forth and talk about each other.  Also, Chris joined the ranks of other family Rotarians and became a Paul Harris Fellow
By Unknown - September 22, 2017 No comments:

The picnic at Utigard's orchard has been cancelled due to smoke and not being allowed to have a fire.

We will be having our monthly PUB Social at Riverside PUB (538 Riverside Dr) on Wednesday (13th) from 5:30 on.  Spouses welcome.

Our Blue Cup donations are going to help the victims in the areas affected by the hurricanes.

Make-a-Difference Day project will be the highway cleanup on October 28.  More details to come.

The Board will be proposing a new policy starting after our Red Lion contract ends.  The meeting will be a beverage service only, with members paying a sitting fee to cover labor costs and beverages. Those who want breakfast can use the buffet in the cafeteria, and pay about $7 at the cashier's stand there.

The small projects/social committee (Ruth and Kathleen) will be setting up a meeting soon.  One of the events on the schedule is working at the Town Toyota for the Nov. 22 Wild hockey game.  We will be selling 50-50 raffle tickets and chuck-a-puck chances as a small fundraiser. 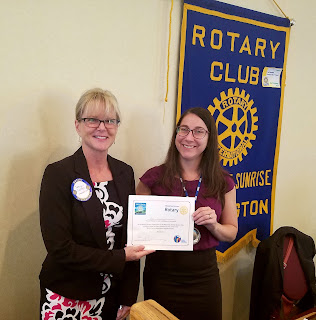 Dorry Foster, CEO of the Wenatchee YMCA, talked about her background of YMCA service, which started in 1999, and the state of the organization.  Her goal was to expand the culture of philanthropy. The Y is offering more youth scholarships, and allowing adults to work to help pay for the dues. They are also offering free babysitting, new exercise equipment, and unlimited guest passes for members.  They will be working on a capital improvement plan for the 107 year-old building, and hope to renovate instead of building a new facility.  They would also like to have more collaboration with other agencies, and broaden services outside the building.

So far in 2017, 2390 children have been served, with 1296 scholarship needed.  They have had an increase in membership, more YMCA campers, started 8 new programs, and 6 new collaborations (CVCH, WSU Extension, Land Trust, etc).  The main service goals of the YMCA are youth development, healthy living, and social responsibility.
By Wenatchee Sunrise Rotary - September 12, 2017 1 comment:

The Wenatchee High School Mariachi Band is headed to Washington D.C. to perform in front of Congress.  That are raising money to help send all the kids.  If you would to contribute, click here.

PJ is our Rotarian of the Month!  Thank you for all you do for the club, PJ! 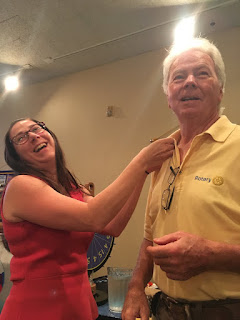 Save the Date:  Make a Difference Day is October 28th.  We will be doing the Highway Litter Clean-Up and can use many hands to make it happen!

Erin McCool celebrated her 10th Wedding anniversary camping.  From their vantage point they were able to see 3 major fires.

Renee Parkins is starting her new job as Marketing Director of the Humane Society.

PJ went to Bozeman to visit his Mom who is getting along quite happily.  He also reunited with his son after several months.

Lisa Parks is finishing up the irrigation at her house on Sunday (tomorrow) and would love some help!

Alan Walker's mom headed to Texas and the kids are headed to Denmark.

Jane Davis is a new aunt.

Jill Courtney is celebrating a birthday!

Today we were visited by Chris Bailey from the Cayman Island Rotary Group.  He was speaking to us about the Guatemala Literacy Project. 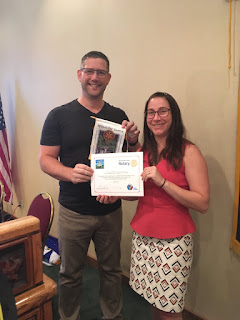 The Literacy Project focuses on educating Guatemalan girls to be able to become employed and help their families.  You can sponsor a girl for around $70.00 per month.

To learn more or sponsor a student, click here.

Save the Date!  September 16th is the Barbeque at Utigard's Orchard.  Families and friends are welcome.  Camping is available is needed.  Meat will be provided but please bring a dish according to the following:
A-G:  Salad
H-N:  Side Dish 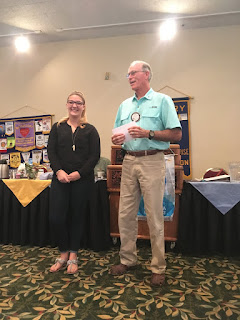 O-Z:  Dessert
Also, it is BYOB.  The BBQ will happen around 3 but everyone is welcome anytime!

Our next club social is September 13th at the Riverside Pub.  5:30.  Bring a friend!

We have a new inductee!  Welcome Danae to the club! Danae is a financial manager at Numerica Credit Union.  She lives with her St. Bernard puppy and two cats, and enjoys spending time with her boyfriend and family. Pictured at right.

Last call for anyone who wants to go to Nicaragua with the Stove Building team.  Contact Erin.

The money in the blue cups will be sent down the the victims of Hurricane Harvey.

Chris went to the Seahawks game.

Robin went camping, picked blackberries and made a WHOLE lot of blackberry syrup.  Also, it is only 35 days (31 now....) until NHL season opens. 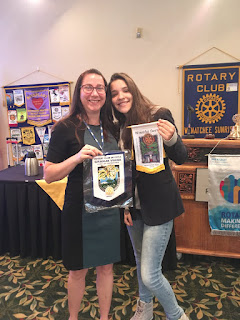 Our new exchange student is here!  Elza joined us on Tuesday and is an absolute ray of sunshine!  She also had to give an impromptu talk to the group today when the planned program didn't work out.  She answered a bunch of our questions and was so sweet.  She keeps claiming her English isn't very good but you would never know it.  She is working on a list of things she would like to do while she is here but if you have any fun ideas, be sure and take her out.  She will be staying with Brian's family for the next bit so contact him if you want to get a hold of her. 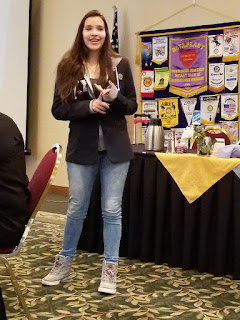 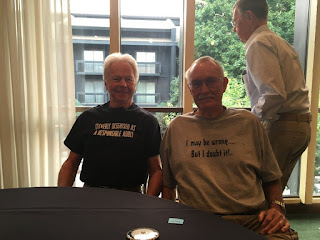